Skip to content
INFORMATICS GIVES YOU THE TECH ADVANTAGE.
It’s education with an I.T. factor. The careers of tomorrow are what we prepare you for today. Integrating IT into your discipline will enable you to find your place in a tech-driven world, no matter which industry you choose. 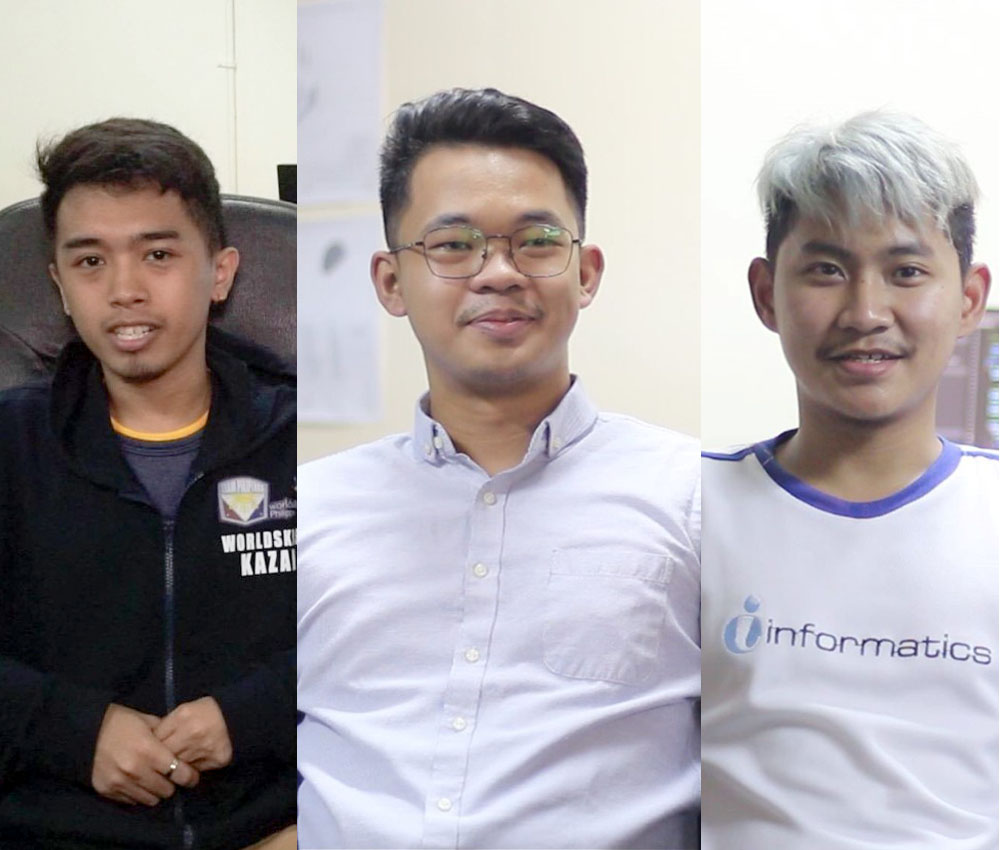 Informatics is a premiere IT Training Institution which was founded in 1993. Apart from short IT courses and Diploma programs, Informatics now offers Senior High School and BS Degrees. These programs include relevant IT / technology subjects to ensure that every student is equipped to perform in a highly digital world. You may visit Informatics’ website for more details on their program offerings and campus locations. Meet the 3 Informatics graduates who are representing the country in this year’s prestigious World Skills Competition which will be held in which will be held in Kazan, Russia on August 22-27, 2019. They will be competing in Web Technologies and Cybersecurity. The participants are: ﻿ Patrick Neil E. Noceja, graduate of BSIT Skill Area – Web Technologies ﻿ Chjohnne Ma Jesus B Caliwara, graduate of BSIT Skill Area – Cybersecurity ﻿ Vincent Bryce Masiglat Garcia, graduate of BSCS Skill Area – Cybersecurity “Kazan was granted the right to host the 45th WorldSkills Competition after winning a vote by the WorldSkills General Assembly in São Paulo, Brazil on 10 August 2015. Also, bidding for the right to hold Competition were Paris, France and Charleroi, Belgium. The 45th WorldSkills Competition will bring together more than […]

Informatics Holdings Philippines, Inc. is committed to protecting the privacy and security of all personal and/or sensitive information (“Personal Data”) related to its employees, customers, business partners, suppliers, contractors, and other parties that Informatics will and is engaged into.

Informatics upholds compliance with Republic Act No. 10173 or the Data Privacy Act of 2012 (DPA), its Implementing Rules and Regulations, and other relevant policies, including issuances of the National Privacy Commission. The Company acknowledges your right to be informed, object processing, access and rectify, suspend or withdraw Personal Data, and be indemnified in case of damages pursuant to the provisions of DPA.

This website uses cookies to improve your experience. We'll assume you're ok with this, but you can opt-out if you wish.